Thrones and scones. Hops and scotch. Rock stars and famous rocks. They’re all included on this enthralling and encompassing tour of Britain. Pack your tweed and tartans for the best of London and country, the Scottish Highlands and Lowlands, and the enchanting villages and valleys of Wales-and prepare to be swept away like a runaway bride at the elopement capital of Gretna Green. The castles and cathedrals of London, Edinburgh, and Cardiff, as well as the charming pubs on every corner, will steal your heart away. With visits to the baffling boulders of Stonehenge, the battlefield of Culloden Moor, Shakespeare’s birthplace of Stratford-upon-Avon, and The Beatles’ hometown of Liverpool, this tour of Britain promises rocking discovery and enlightenment, not to mention honorary degrees in ancient history, English literature, and music appreciation. 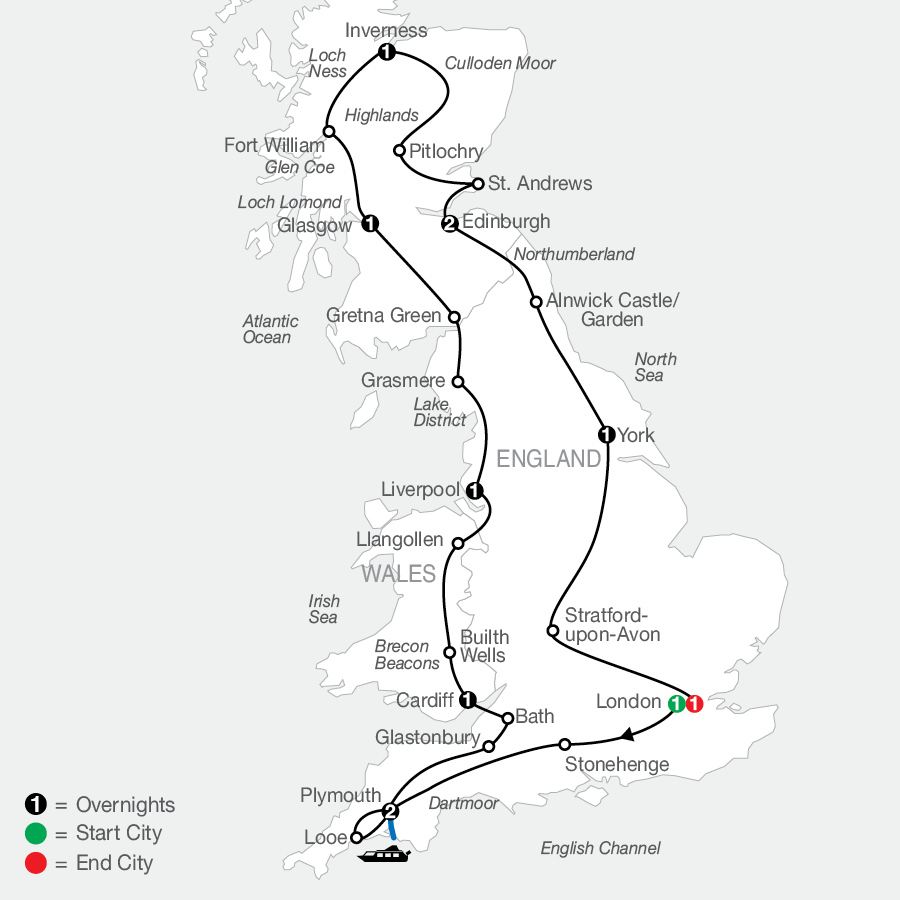