What happens in Vegas may stay in Vegas, but a hearty yell into the canyons of the American Southwest will return with an echo from across the abyss. A night at the slot machines segues into a gauntlet of slot canyons in Zion National Park-a maze of cream, pink, and red sculpted sandstone-and the crimson amphitheaters of Bryce Canyon’s red rock hoodoos and goblins. And what prolific artists were water and wind to create such masterpieces of sand and stone in Arches National Park-with 2,000 red sandstone arches and fins carved among inexplicable balancing rock formations. As the earth below your feet retreats further from the sun, a night sky like no other eclipses the day after the sunset has spilled its painted light through the archways at dusk. More stars are in your future as your Canyonlands escape follows the tracks of horse wranglers and Native hunters in Dead Horse Point State Park outside Moab. Each dark sky night is a starry feast for the eyes from every rocky vantage point-where Native ancestral tribes and wild Mustangs once ruled its mesas 2,000 feet above the Colorado River. The grand finale is the Grand Canyon itself-one of the Seven Natural Wonders of the World and holy ground for its first peoples. No wonder! 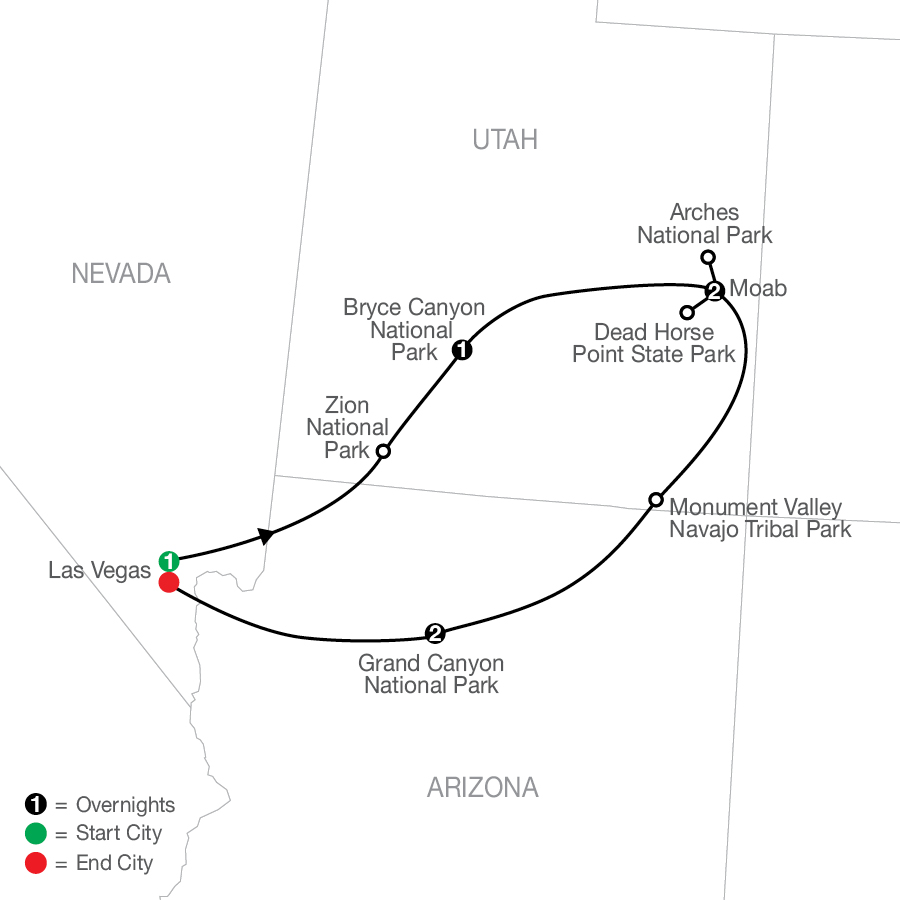